Except for one name change, this story is a 100% true.

A few years back I briefly dated a young man who we’ll call Johnny. First of all, let me say I really had no business dating him. He was in his mid-20s and I was…. well…. quite a bit older than that. But like many things we know we shouldn’t do, I went ahead and did it anyway.

Johnny was a sweet handsome man and we had a great time for most of the seven or eight months we dated. If it hadn’t been for our age difference we probably would have stayed together. However, we both ended up agreeing that the age gap was just too great for our relationship to work out in a serious way.

While we were still dating though, as all couples do, me and Johnny would get into little arguments and since he was a 20-something he would result to some rather childish behavior. Sometimes he would blow things way out of proportion just to gain my attention and sympathies. I also felt like he would, at times, exaggerate certain experiences he’d had so that I would feel sorry for him.

Therefore, I didn’t automatically believe him one day when he told me he saw dead people. I was like yeah right. Sure. But then I looked in his eyes and saw genuine fear and I felt a strange chill run throughout my body.

Several weeks went by and I had nearly forgotten about the incident when late one evening we were going for a walk around his apartment complex. We walked beside a lovely pond on a path that wound through the apartment complex. It was getting dark and he took my hand. Then all of a sudden something started happening, and thus began one of the scariest occurrences that’s ever happened in my life.

I started seeing dead people too. As we walked around the apartment building I began to see people hanging off the roof and the balconies. They were hanging from nooses around their necks…. and there were hundreds of them. I tried to blink them away but  couldn’t. When I opened my eyes again I could still see them.

I felt a bone-chilling fright and it took some time for me to tell Johnny exactly what I was seeing. When I told him he got such a strange look on his face. Partly he seemed apologetic for what I was now seeing, but also relieved that perhaps someone would finally believe him. This was confirmed when he said:

We quickly started walking back. All the way I continued to see dead people hanging all around me, and thus I walked at a brisk pace. We were still holding hands as we came around a section of the pond that allowed a great view of the water. And that’s when I saw it.

I saw a  woman out in the middle of the pond. She was tightly bound and being held by a man in a boat who then trust her body into the deep dark water. I wanted to believe that she was already dead when he tossed her overboard, but I knew this couldn’t be true as I’m sure I had seen her struggling. I tried to rid my mind of the vision of her body struggling vigorously under the water after he threw her in.

Somehow I knew this wasn’t happening in real life. I could see the clear calm water of the pond at exactly the same time as I was seeing the woman being tossed overboard.

Yet, it seemed so real that I started to cry. Somehow, in my head I could hear her pleading for her life.

“Please, please don’t do this.”

Then suddenly all these details popped into my head and I could see them clearly. This has been a young dignified woman full of life.

I had suspected from the blanket she was tied up in that she may be Native American. When another image of her popped into my head I could see her at an earlier time. She had long flowing black hair and she was a happy youth living amongst peaceful people.

The man who threw her into the pond was a white man. Naive, as young girls tend to be, she had fallen for his charms. He had impregnated her, and now she expected to be married to him. However, he refused. He had failed to tell her that he already had a wife and children back home. He’d come to this area temporarily to help facilitate Florida’s addition as a United States territory.

This detail helped me pinpoint the approximate year this all took place. A simple google search told me that Florida had begun transitioning to become a territory of the US in 1821.

The young Native American girl knew she’d been tricked by this man. She informed him that she would have to tell her father. Her father would then go to the authorities of the village and they would decide what to do. Not wanting this to happen, he selfishly and savagely ended her life and the life of their unborn child. She died at the bottom of that pond with her family never knowing what happened to her.

They had their suspicions however, but with a new government taking over their land they had little recourse. Also, as soon as the girl had been taken care of the man quickly washed his hands of it and fled back home to his wife and children. What a coward. It shocked me to realize that this man faced no consequences for his actions.

It all seemed so real and the details came to me so mysteriously that when I was back home I started searching for crimes fitting that description on my computer. It would have been a pretty unlikely find though, considering the time period. I do believe karma is real though, and I’m almost certain that the rest of his life ended up being hell. I even think this woman may have haunted him for a time in order to exact some type of revenge.

I would like to be able to say that aside from that day, I haven’t seen any more dead people…. but that would not be true. Recently I was reading about the unsolved murder of a woman back in the 90s…. Since then I’ve been seeing her often, which you can read more about here. 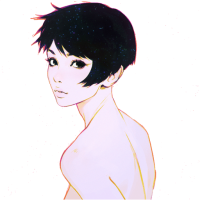 A Makeup * Tattoo * Beauty
Song of the Heart

Life is an interesting journey. These are journals, stories, reflections of a traveller of this journey. (songoftheheartsite@gmail.com)