The writing biz: In defense of the word ‘very’

So many writing teachers and books on writing will make the word ‘very‘ seem so very taboo, just like the poor, picked on exclamation point! I didn’t use the word in my writing for years as it seemed like practicing devil worship in a Christian home.

But it’s a great word. Sure it can be overused and shamelessly exploited. Any word can be overused though. I love the word pillow. Who doesn’t? But if I used it in every sentence wouldn’t you be like ‘ah c’mon, get over the pillow talk already (ha, ha, pun intended!)

This may have all started with the infamous book by Strunk and White, The Elements of Style. Here is an except from the book:

“Rather, very, little, pretty— these are the leeches (yes, they said leeches) that infest of the pond of prose, sucking the blood of words. The constant use of the adjective little (except to indicate size) is particularly debilitating; we should all try to do a little better, we should all be very watchful of this rule, for it is a rather important one and we are pretty sure to violate it now and then.”

Now I’m not out to trash this book at all. I think it’s an awesome book actually, but it’s not the bible of writing. It’s just two people’s opinion about writing. That’s what all writing rules are, opinions that have been generally accepted as the norm.

Also, notice something very peculular about the quote above… all the words they tell people to avoid are used in the last sentence. Sometimes I think Strunk and White got drunk and wrote this book just to f**k with everyone. Either that or even they were trying to tell people not to treat their rules as if they were part of God’s revelation to Abraham.

I don’t proclaim to be the greatest writer ever, but learning the rules and then learning how to knowingly break them is, I believe, when you really start to find your voice–the one that doesn’t come out of a textbook, and I think that is so very cool. 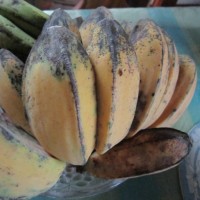 Country Girl in London Blog is a blog about food, lifestyle and travel.

Seasons As 0ur Teacher

These are a few of my favorite things...

Cooking Filipino in the UK