My personal favorite is “American Girl.” Love that song! Reportedly it was the last song he performed live. Released in 1977, the tune seems as popular now as it ever was considering it still gets played quite a bit. The song was also famously featured in the movie Silence of the Lambs.

Probably the coolest thing that Petty ever did, in my opinion, was become a member of the Traveling Wilburys. Can you even imagine being in the same band as George Harrison, Roy Orbison, Bob Dylan and Jeff Lynne!?! Here’s a fab interview clip of Harrison talking about the formation of the group: https://www.youtube.com/channel/UCO25mS7q4oi4YZt-27Mx4tg

Relatively speaking, Petty would have been the baby of the group at that time, so I’m sure it was an absolutely amazing experience. Here’s a YouTube link to “Handle with Care“. Love that song too!

Petty also had the enviable privilege of recording with close friend Stevie Nicks, most notably with the song “Stop Draggin my Heart Around.” And, just to top things off, Petty’s first guitar teacher was Don Felder, who later became a guitarist for the Eagles.

Keep scrolling down for a few more interesting facts.

Tom Petty was born in Gainsville, FL in 1950. At the age of ten he met Elvis Presley during the filming of Follow That Dream, after which he got hooked on rock n’ roll. Petty’s father was physically abusive and so he used music as welcomed escape. Here’s a clip of Petty talking about meeting Elvis: https://www.youtube.com/watch?v=jo3gZg7I1CY

However, it wasn’t until he saw the Beatles perform on the Ed Sullivan show that he knew he wanted to be a rocker himself. He was also heavily influenced by The Rolling Stones. What rock musician wasn’t influenced by all three those days?

Before becoming famous, Tom Petty briefly worked as a gravedigger. He also briefly worked as a groundskeeper at the University of Florida. Reportedly a tree he planted while on the job is now called the Tom Petty tree. However, this may be a bit of an urban legend as there are no photos of this supposed tree, nor could I find any confirmed sightings of it. Tom Petty himself has seemed to dispel the story in subsequent interviews.

That being said, as a tribute to Tom Petty there is indeed a Tom Petty park in Gainesville, FL, as reported in this Gainesville Sun article.

Petty went on to become one the best selling musicians of all time with more than 80 million records sold. In 2002 he and his band, the Heartbreakers, were inducted into the Rock and Roll Hall of Fame. Together they also have a star on the Hollywood Walk of Fame.

If you have the free time on your hands, you can watch two full hours of Tom Petty performing a concert in his home town: https://www.youtube.com/watch?v=i5aRgvRQQmg 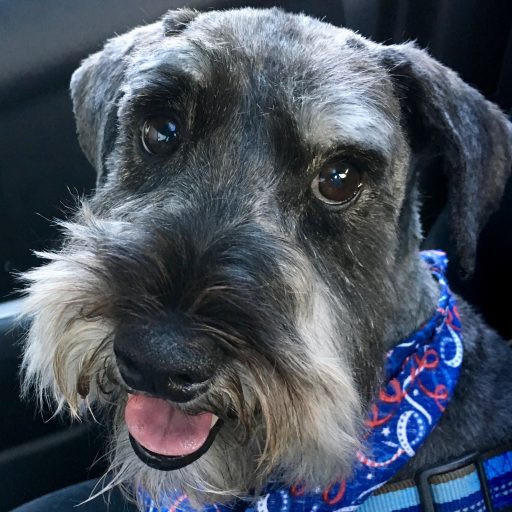 Anxious Woman
I Smell Cakes and Candy by Custom Made Love

Happiness Between Tails by da-AL

A Study of Light and Life on the River in Cincinnati