Memo at Midnight: Everyday is so wonderful… then suddenly…

Does the rollercoaster of life ever end? Isn’t it amazing how life can be looking up and going in the right direction, then all of a sudden the brakes get slammed and the world is turned topsy-turvy. One moment you’re on your feet and the next you’re on your head with a tidal wave sweeping in.

Take, for instance, my recent life experiences. I got a promotion at work a few weeks ago. I had no idea though exactly what I was getting myself into. I never knew that there would be so much jealousy from my co-workers. These are people who I’d always had a great relationship with… or so I thought.

Now I have to worry about backstabbing, attempts at making me look incompetent in order to knock me off the pedestal they think I’m on… and just basically acting like a bunch of kindergarteners!?! Even if you’re still the same person, it’s those around you who can sometimes make drastic changes.

I also never realized the added amount of pressure I would be under from the “uppers.” They want to know they’ve made the right decision in promoting me, I suppose, and thus don’t mind giving me as many hoops to jump through as my monkey-butt can handle.

I seem to have a zillion beady little eyes upon me all the time now. But it’s ok, I’m in the right frame of mind and time in my life to handle all this. Verily, verily, I say unto y’all… bring it on bitches! I can jump through your hoops and still have plenty of energy left over to sprint around the block. I can still be my cool, calm self and not let anyone get under my skin. I can stand firm and not let anyone knock me to the ground…

…well, that was until this coronavirus madness transpired and now nothing is certain. Everything at work is just plain crazy and there’s a bunch of questions marks flying around like pesky gnats. I can understand taking precautions by grabbing hold of the railing (cleaned and sanitized of course) but locking oneself onto the railing with handcuffs and never letting go seems, well, just dumb. Might as well sink the ship and be done with it because it’s no way to live!

Well now, hopefully the pandemonium won’t last too long and we can all get back to normal things… like, in my case, exacting revenge on all those backstabbing bitches…

…ah, not really. I’m not too much of a vindictive person, takes too much of my precious energy! The greatest revenge is really just to keep being successful and ignore ‘em. Let all those darts bounce off me and fall to the floor like dust from a flour sack. Ah, what a lovely image!

Just gonna keep being as cool, confident and awesome as I possibly can be! Hope all of you are able to do the same!

(And thank you to Christina Aguilera and Linda Perry for creating that awesome song!) 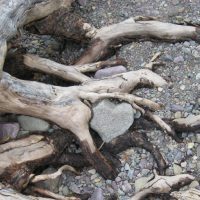 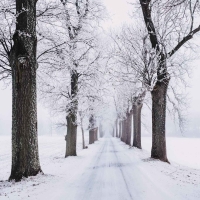 Daydreaming as a profession

Just writing some poems. No pics, no GIFs, no vids. Keeping it simple.

Creativity at it's finest!

We set the ink down, on the streets of the town. where Eternity Stand Confound.

Live What You Know

Waking up is more than it seems. You KNOW more than you've ever been "taught"! You chose to be here now. Make yourTRUEself proud!

Shape Your Mind, Body, and Spirit to Prosperity