…this song by Blue Oyster Cult has long been one my favorites. It may seem strange to some, but I often play it when I’m feeling stressed, down or just put upon by the world’s bs in general.

Many people think it’s a dark song… and maybe it kinda is, which helps me to love it! However, the song isn’t as dark as a lot of people think… and I don’t find it creepy at all as some people do.

Just the opposite. It’s actually a song about letting go of fear… the wind, the sun and the rain… they aren’t afraid of anything! They just hang out and do their thing.

It’s also a song about daring to believe in everlasting love, one that transcends even death. That’s why it usually ends up making me feel so much better… and why I love it.

…baby take my hand, we’ll be able to fly.

Here is a link to an interesting article in The New York Times on the meaning of this song as well as it’s enduring popularity: ‘(Don’t Fear) the Reaper’ Is a Creepy Tune, Even With the Cowbell

p.s. When I was looking to add a link to the video I stumbled upon this thing… a parody of the Disney reopening set to “Don’t Fear The Reaper.” I don’t know weather to laugh or cry. I worked at Disney World for five years and ended up leaving in disgust, so this obviously has many layers of meaning for me. 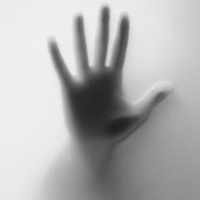 My blog that deals with my depression and anxiety. Hopefully it can help others, too.

I Am My Own Island

Simplifying complex parenting issues and solutions for managing complications in pregnancy and delivery, breastfeeding, sleep, mental health and well being

Start each day with a grateful heart :)